Get Started On Your Fair Cash Offer Today

This was just one of the families that we have helped in recent months to avoid foreclosure on their house. The reason, I picked to tell you this story is not because we didn’t buy the house, but then it was a very emotional ride from us. However, we did end up helping this family out and it was one of many ways that we help people out of difficult situations.

Just recently, I had the pleasure of talking with a homeowner that was not like the usual homeowner that we normally talk to. Shiana, the owner of the property in Silver Springs reached out to me and told me about their situation. Shiana described to me that they were in a financial bind and had gotten behind on payments with their house.She didn’t really know what to do and she reached out to me when she got one of our postcards. Shiana told me that she recieved a notice of default in the mail and that’s when she started to realize that her home was going to be taken from her. When she got the notice of default in the mail, that’s when everything started to sink in that the house was going to be taken from them. Panic was starting to set in. Shiana and her family didn’t really know what to do. As most people are trained to do, they reached out to a real estate agent that they knew to help them sell the house.

Whoa, That’s A Lot Of Repairs

When talking with the real estate agent that Shiana knew, it was discovered that the property needed a lot of repairs to be listed and even if they listed the property “as-is” it would take a rather long time to sell. Shiana and her family didn’t have that kind of time. They needed to sell their house fast.

After talking with the real estate agent, Shiana thought that this may be the best solution for her. However, that turned out to be untrue. The real estate agent could not find a buyer for the home that needed some major renovations. This started to panic Shaina and her family even more. They had to do something fast.

Shiana didn’t seem to have many options and she seemed to be ready to throw in the towel and let her house go and figure it out after they were forced to move. Then out of the blue, Shiana got a postcard from John at Envy Property Solutions saying he would buy their house and provide them with a cash offer for the house. Of course, Shiana didn’t pay much attention to it and thought it may be too good to be true. After a day or two thinking on the postcard, she decided to reach out to Envy Property Solutions and see what they could do for her and her family.

During the conversation, John told Shiana about what Envy Property Solutions did and how they could help her avoid foreclosure by buying the home for cash. John said that he could come out and talk with her and make her an offer to buy the property. Shiana didn’t accept the offer to come out. She thought that maybe a different real estate agent may be able to help.

After a few days, Shiana got a Notice of Sale in the mail and that made the problem even worse. Now, she knew that they were going to be homeless and didn’t have any money to get into an apartment or even move. So she decided to contact John again and have him come out and at least look at the property and see what he and his company could do. The had nothing to lose, well except the house.

John met with Shiana and her family and did his own inspection. All while doing the inspection he talked with Shiana about their situation to get a better understanding of what was going on. During that time, John found out that he only had 15 days to buy the house to help them with the foreclosure. John made them an offer on the property, which Shiana and her family accepted the offer and signed the contract for John and Envy Property Solutions to buy the house as-is.

But of course, Shiana wasn’t out of the woods yet. A couple of days go by and John calls back and says he can’t buy the property because the home needed too much work and that he wouldn’t be able to make a little bit of profit after he fixed it up and sold it. But John did say that he had a couple of buyers that were looking for something just like that and he would call back in a few days. This made Shiana mad at first, but she understood that John was going out of his way to help them out.

Like John promised, he called back a few days later and told Shiana the good news. He found a buyer for her home and they were still on the same timeline that John originally set out in the contract. John also reached out to the title company and told them to stop the notice of sale as the house is going to be sold. When all was said and done, Shiana got out from the foreclosure on her property and John found a buyer for the house that was looking for a new project.

If you need to sell your house quickly, reach out to Envy Property Solutions, LLC by visiting our website or giving us a call at (775) 391-5236. What do you have to lose? We can give you a no-obligation cash offer for your home and close on your time schedule. And the best part, there are no fees or commissions you have to pay and we’ll cover the closing costs so that way you put more money in your pockets. 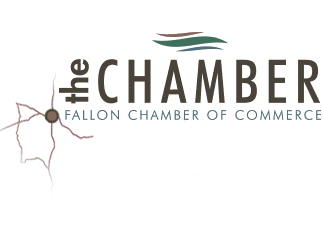 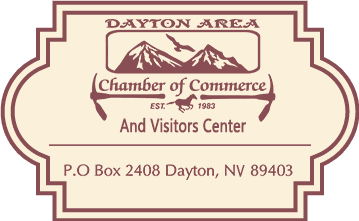 Not Sure If A Cash Offer Is Right For You?

What Others Have To Say About Us

Thank you for all your help. You did a great job and did everything you said you were going to do. And it was a pleasure working with you.

John at Envy Property Solutions really helped me out of a bind when I had some tenants that were destroying my rental property and I was losing thousands per month. He gave me a cash offer on my house and we were able to close on the property in 21 days. It was amazingly simple. Thanks John!

You did a great job helping my grandparents sell their house. You made it super easy for them to sell. You laid out the whole process all without any pressure like they had to sell to you. Thank you.

I had a great experience working with these guys. From start to finish they did what they said and were trustworthy throughout the entire process!

Listing vs. Selling To Us

Which route is quicker?
Puts more cash in your pocket?
And which has less hassle?

Areas We Buy Houses in